Red-breasted Mergansers, which can be seen all round the uk in winter, only  breed in the north of the UK, which explains why I have never seen their fascinating mating display until watching these (a long way off!) on a sea-loch in Orkney recently. The males (they appear to already be moulting their green heads, which they do after May-time) compete with each other for a female’s attention by doing ‘power-swimming’ beside each other, stretching their necks and then dipping their neck 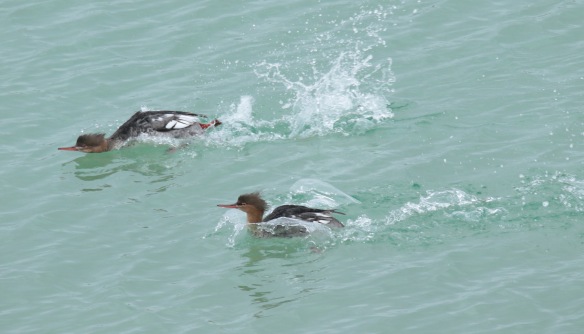 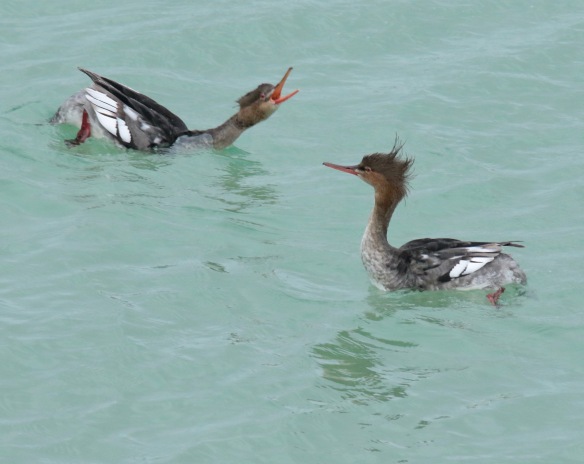 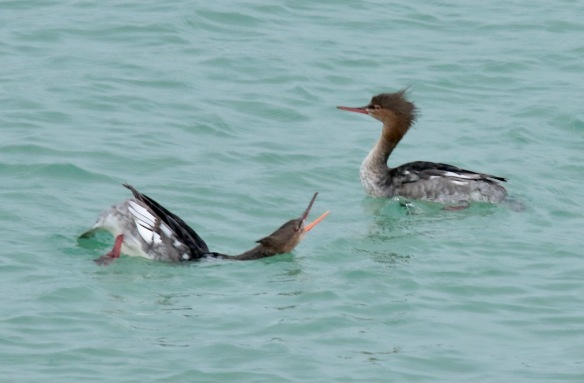 and breast in the water, with bills open, calling (see photo’s). Mergansers are saw-bills, so named after their serrated bills, which help them catch the salmon and trout and other fish they dive for. Conditions: Sunny intervals Temperature: Max 20 Min 11 C.