Mugwort- a widespread, silvery-grey plant of wayside and scrub, this strong-scented wild plant of the Artemisia family was one of the herbs used, before Flemish people brought hop-brewed beer to England in the 15th Century, to embitter the ale of our ancestors. Edward Thomas writes, in The Brook, of “a scent like honeycomb from Mugwort dull”. Associated with sorcery, so a good subject for Halloween, it was said to harbour a ‘coal’ in its roots, which would protect those who dug it up, from lightning and an old rhyme goes: “If they drink nettles in March and Mugwort in 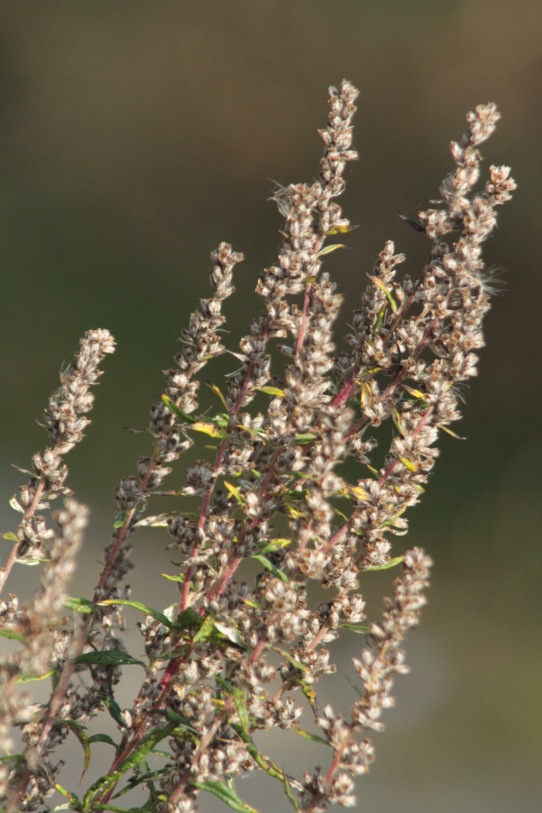 Mugwort flowers at this time of year

May, So many fine maidens would not turn to clay”. Presumably lads were already  beyond saving! Conditions: A stunning, blue-skied day. Temperature: Max 17- Min 9C.