Moulting in birds: Most birds moult gradually once their breeding season is over ( so are in their ‘eclipse plumage’), in order to refresh their exhausted feathers. During this period they can still fly but aren’t as agile so are more vulnerable and skulk a bit more, for safety. Ducks are different. Ducks lose all their flight feathers in one moult and are unable to fly at all for about a month of mid-summer. They therefore are very vulnerable and really skulk around in or near the shady edges of waterbodies. Also, for camouflage, the new feathers of male ducks are much more sombre in colour, so it can appear that all the males have disappeared, as their plumage while they can’t fly looks more like that of juveniles and females. By October, having partially moulted again, male ducks, Mallard in the photos, are fully in their pristine colours. In a couple of photos you will see their third eyelid, or nictitating membrane, which some water birds have to protect while feeding under the water. Conditions: Sun and cloud with a light breeze. Temperature: Max 23 Min 15 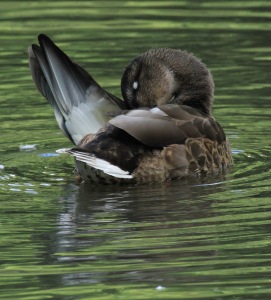 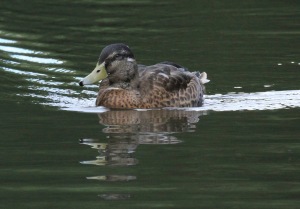 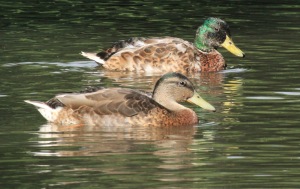 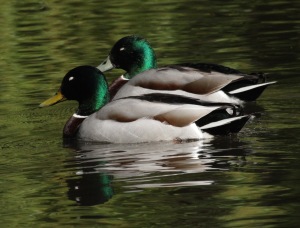 Male Mallard in full plumage, with nictitating membrane over eyes

Mallard numbers are increasing and you can see them on almost any stretch of water, in fact they may be becoming a bit too dominant but nevertheless, they are worth watching. I have covered a few birds washing habits this year and non is more enthusiastic in its dunking style than the Mallard. Also, watch out for them ‘asleep’. They can sleep with one eye open, meaning one brain hemisphere is alert while the other sleeps. Not a bad adaptive behaviour! Conditions: More grey, damp days. Temperature: Max 9 Min 2C. 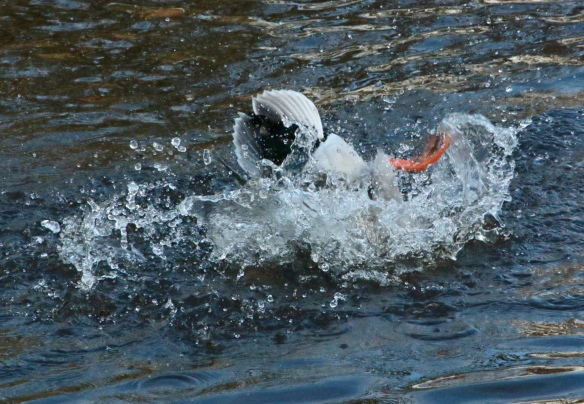 Mallard washing on the Don, Sheffield 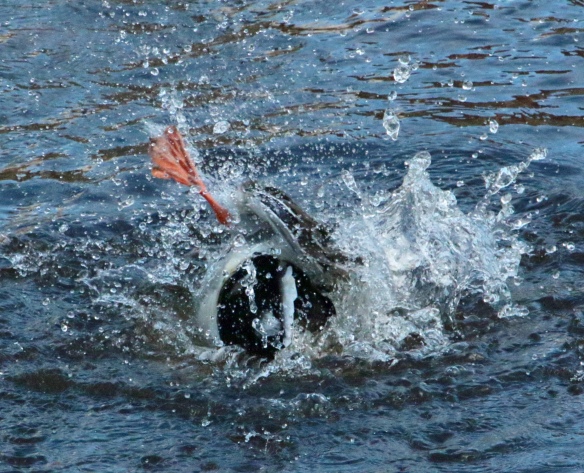 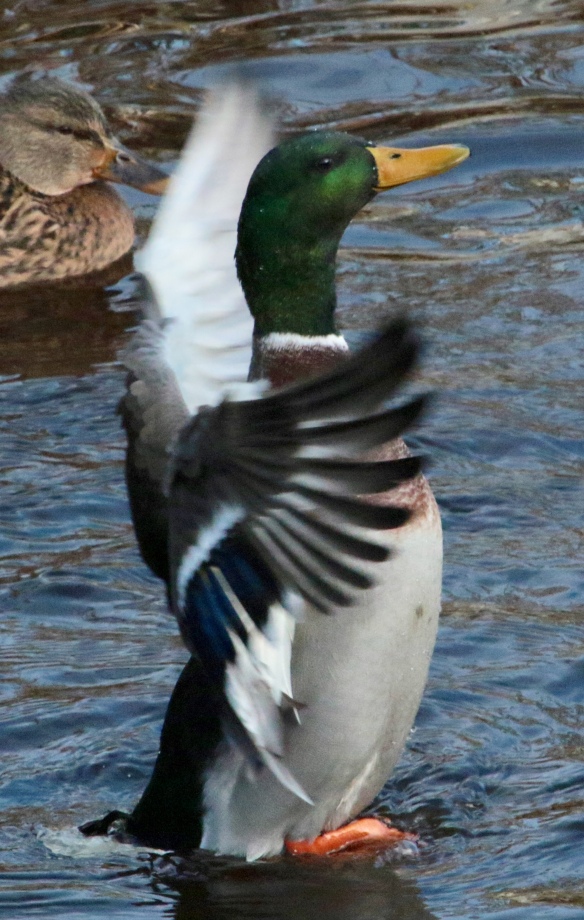 Male Mallard, drying out on the Don 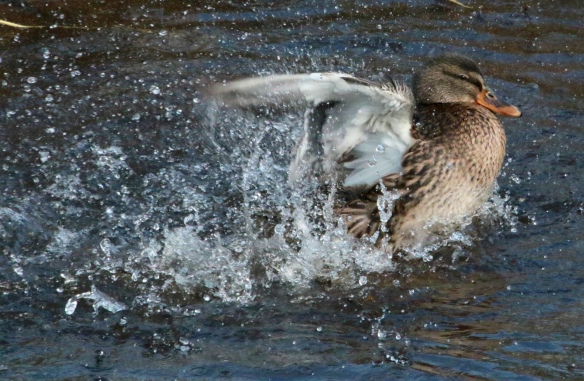