Another beautiful, bright gold spring flower with deep green, glossy leaves is the damp-loving Marsh Marigold. Many small insects crawl over these big, shiny blossoms, gathering pollen and incidentally and valuably pollinating the flowers. Marsh Marigold, in flower now and for several weeks, are commonly named ‘King-cup’, derived from the Old English “cop” meaning a button or stud, as once worn by King’s. Farmer’s would hang a bunch of King Cups in their cow-byres on the first of May as a protection against the evil spells of fairies and witches and they may be the flowers Shakespeare wrote of in Cymbeline: “winking Mary-buds begin to ope their golden eyes”. Their flowers are smaller in the north. 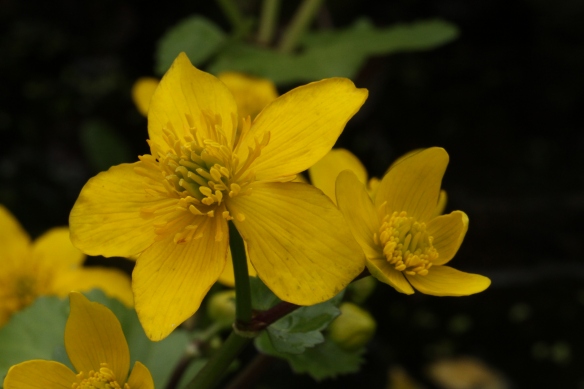 Marsh Marigold- the flowers are larger in the south than north 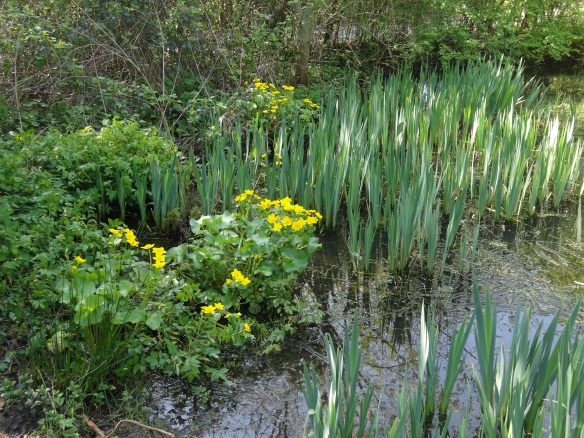 Marsh Marigolds of stream- and pond-banks, and wetland